For our first ever classified, APEX.one is pleased to offer a truck for these times: A thoughtfully customized 2004 Mercedes-Benz Unimog U500. It has all the capabilities of the renowned Unimog platform with some key upgrades designed to help you conquer the world in relative comfort.

A frequent support vehicle and occasional winner at grueling cross-continental events like the Dakar Rally, the Unimog is one of the most capable vehicles of any kind ever built due to its teutonically over-engineered design. Initially designed as a medium-duty truck to fulfill multiple roles in postwar Europe, the Unimog has become cherished around the world by its users as a dependable and capable do-anything, go-anywhere truck. 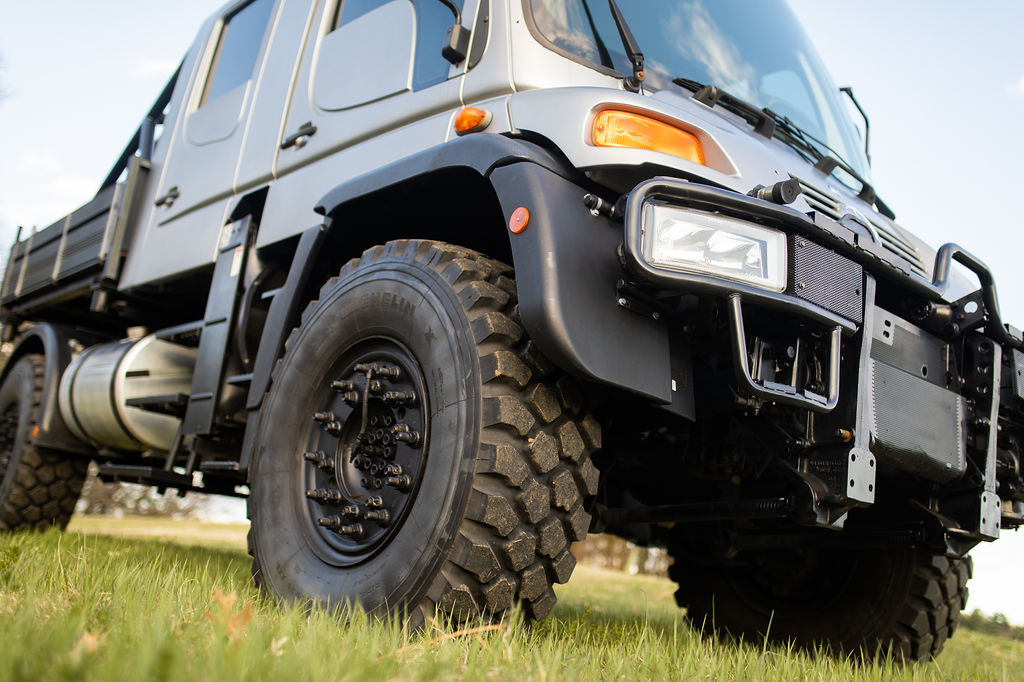 Other than a brief period in the 1970s, newer Unimogs have largely been forbidden fruit for Americans. This changed in 2002, when Mercedes-Benz began offering the U500 Series via select dealerships. Fewer than 200 of these U500s were sold before the company decided to pull the vehicle citing the EPA’s stringent emission requirements. This means the vehicle comes with a clear title and VIN. It can also be registered without the need for a Commercial Driver’s License. 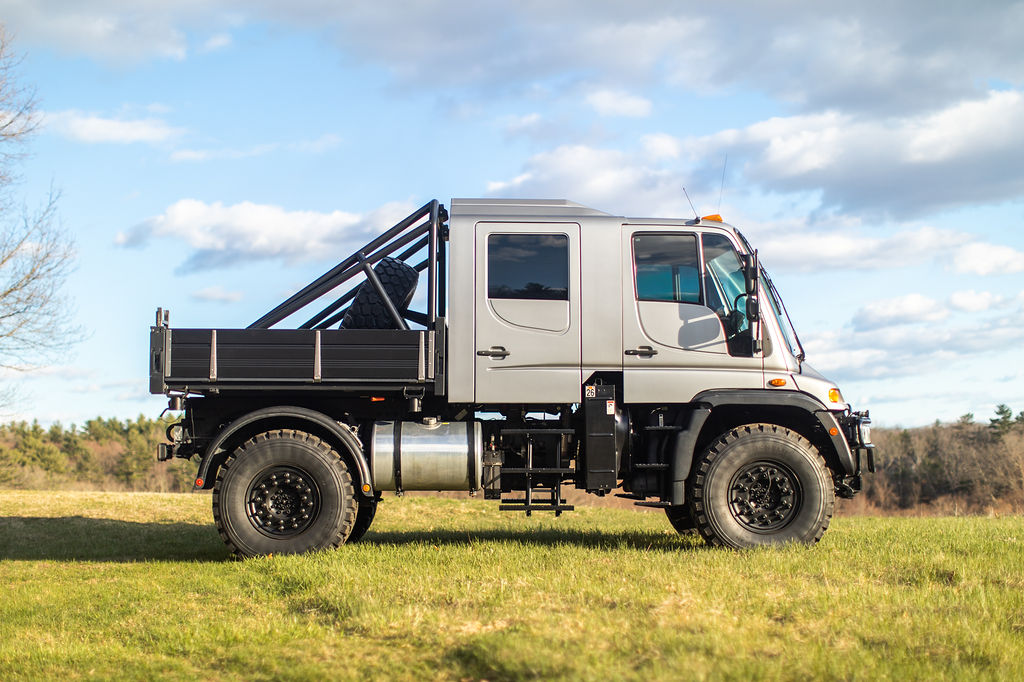 Of that golden and special batch of Unimogs sold here, the 2004 U500 pictured here might be the finest example. This U500 has fewer than 19,000 reported miles and the owner classifies it as in very good condition, which is evident from the photos. While currently residing in Massachusetts, this ‘Mog has actually spent most of its time out west. It currently resides in one of the most eclectic modern car collections we've ever seen, which includes Ai Design's MK71, several Kei cars, an SL65 Black Series (pictured below), and two imported Audi RS wagons. It's hard not imagine this parked next to the seller's Subaru Sambar fire truck. 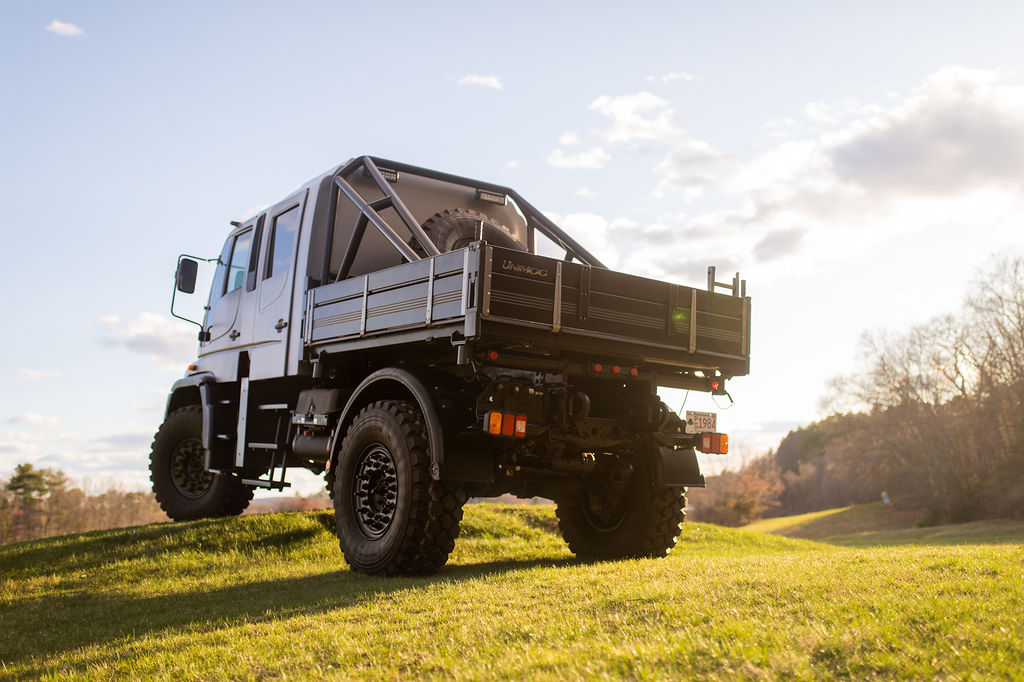 As with other U500s, this vehicle features the stout OM906LA 6.4-liter turbodiesel pumping out a more-than-adequate 700 lb-ft of torque. This motor is paired to a trick eight-speed preselector manual transmission that helps put power down through a permanent, full-time all-wheel drive system. The Unimog’s standard portal axles give the large truck exceptional ground clearance and the multiple gearing options and Central Tire Inflation System mean you can drive it nearly anywhere your skill and nerve will allow. Should you need to stop, take comfort in knowing that this largely unstoppable behemoth does come with air brakes. 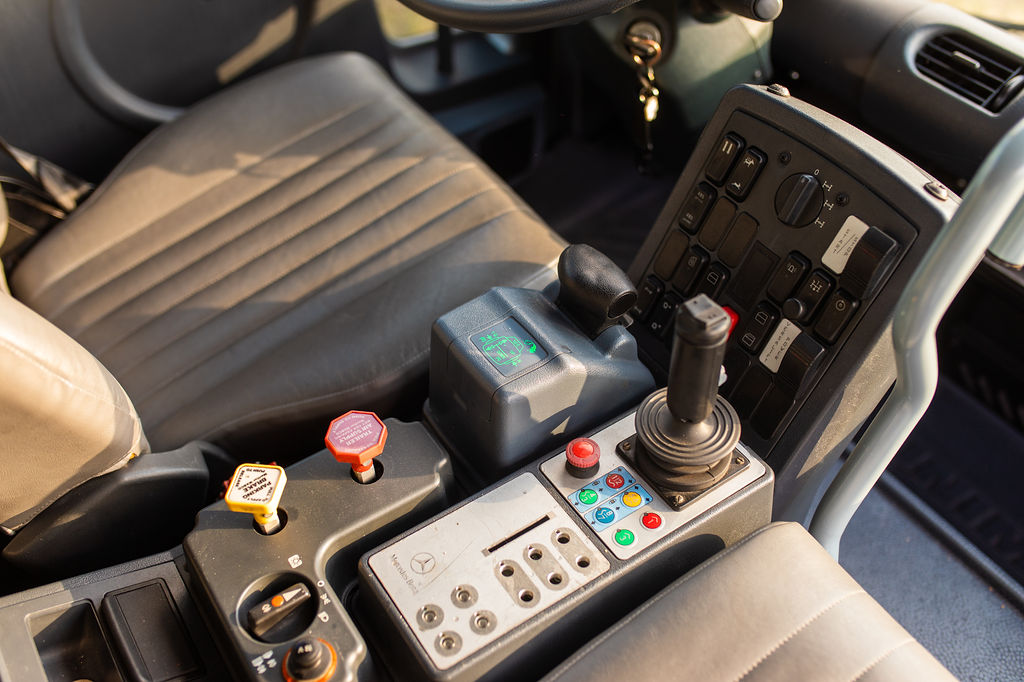 The touches unique to this U500 will make it stand out should you ever drive into a parking lot full of other ‘Mogs, however unlikely that might be. From the outside your eyes are immediately greeted with a subtly stunning coat of Mercedes Designo Platinum Metallic with a matte finish. This nicely offsets the deep black of the three-way dump bed and custom-made rollbar. Additional smart touches include the integrated LED lighting and center-mounted spare tire. 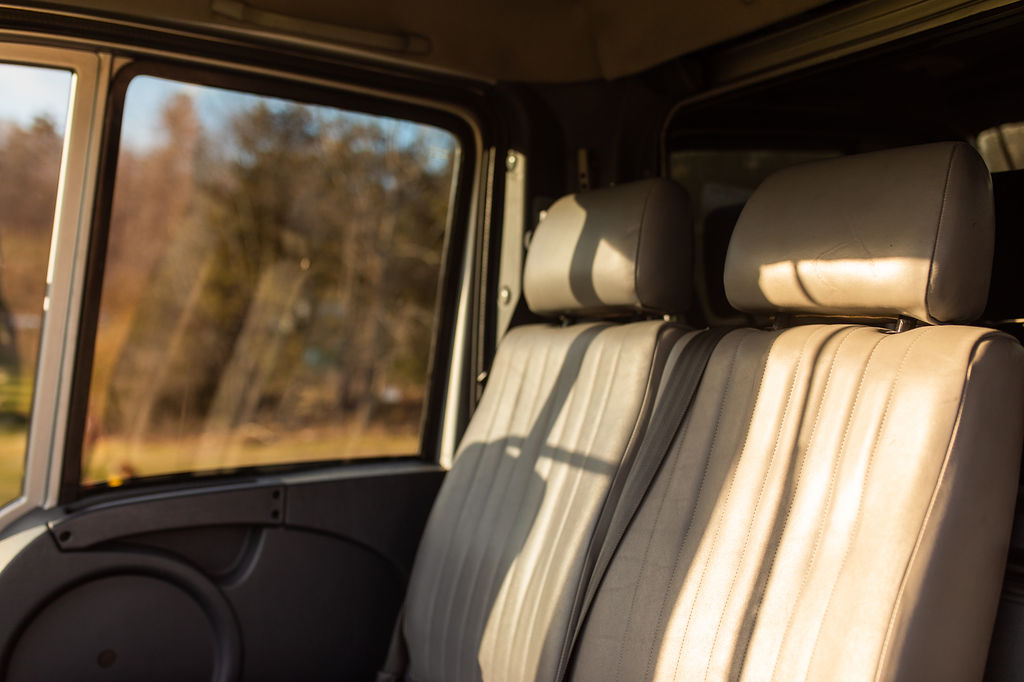 So many extra-large luxury trucks suffer from quickly outdated and garish interiors, so there’s something refreshing about seeing the original and unfussy interior elements of the Unimog preserved here. It’s a classic look with an air of tactical. As an added bonus, the vinyl interior is easy to clean when you take the ‘Mog where it wants to go. 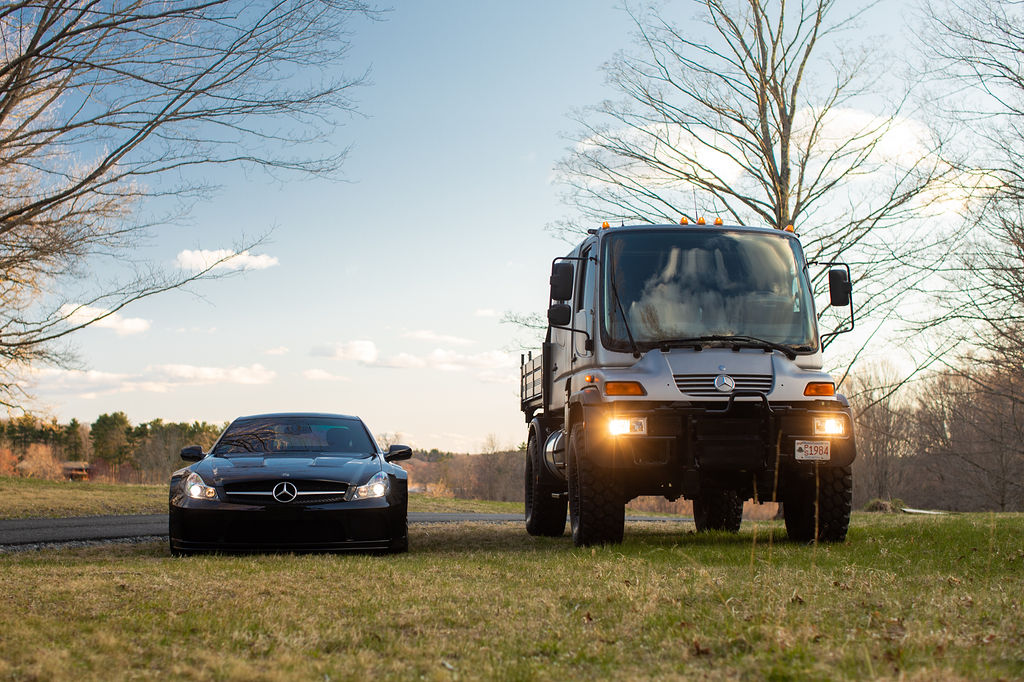 The novelist Brian Moore once opined: “If misery loves company, then triumph deserves an audience.” Thanks to the rare Plastisol crew cab, you can bring an audience with you as you triumph over obstacles and, should you wish, nearly any other car in your way at the Concours.

The asking price is $369,000. If you’re interested you can get in touch with the seller via listings@apex.one and view more photos here.

All photos by Your Friend Syd.